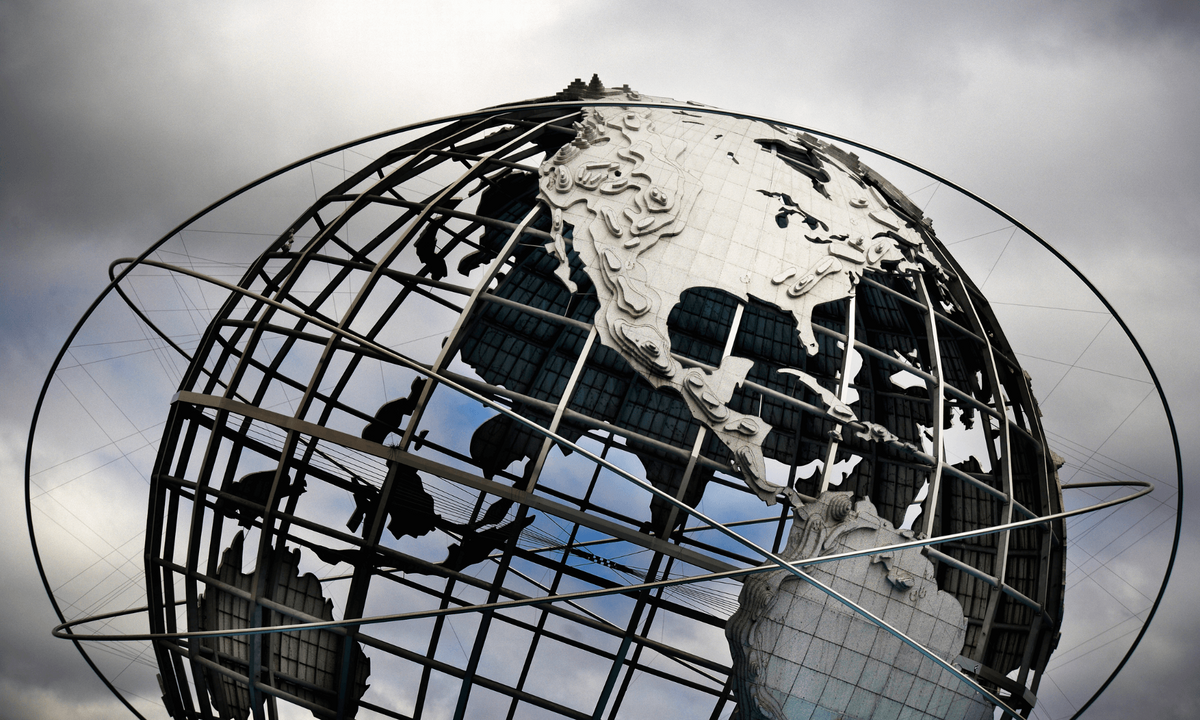 If Russia Invades Ukraine, What Should You Do?

Wall Street has little recent history to go from, but two things are very likely

Starting in late 2021 and throughout all of 2022, Wall Street has debated what markets might do if Russia invades Ukraine.

On February 11th, Jake Sullivan, the White House national security adviser, warned that Russia could attack Ukraine any day now and the following day President Biden and Putin spoke on the phone. After that call, the White House said that Biden “was clear that, if Russia undertakes a further invasion of Ukraine, the United States together with our allies and partners will respond decisively and impose swift and severe costs on Russia.”

On Valentine’s Day, one news headline screamed “Markets Could Dive on Russia Incursion” and another predicted “A Market Crash in 2022.”

Another article suggested that an invasion by Russia could cause the Fed to become more dovish and hold off on raising rates, thereby benefiting markets, especially tech stocks. In other words, market pundits have no idea, right?

Well, here are two predictions that are very likely to happen sooner rather than later if Russia does in fact invade Ukraine.

The Price of Oil Will Certainly Rise

The price of oil is expected to rise absent any invasion of Ukraine – and an invasion is likely to just hurry things along.

First, you should know that the price of oil is actually pretty close to $100/barrel, a level not seen since 2014. So, suggesting it will be there soon is not really going out on a limb. 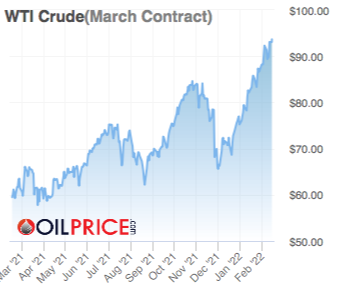 Second, global inventories are already tight, as outlined in a report released on February 11th from the International Energy Agency that warned that the crude market was set to tighten even further.

Finally, since Russia is a major supplier of natural gas to Western Europe, any invasion might send natural gas prices skyrocketing – and oil prices following suit.

First, volatility is rising already, as the YTD chart below shows.

And if there is one thing Wall Street despises, it’s uncertainty.

Notwithstanding rising oil prices, increased volatility and of course what an invasion of Ukraine will mean for Ukrainians and Russians, it is near impossible to suggest what markets might do in the event Russia invades Ukraine, in part because we have very little recent history from which to draw parallels.

Sure one can go back further to the Yom Kippur War (1973) or the Tet Offensive (1968) or the Hungarian Uprising (1956) or when North Korea invaded South Korea (in 1950) or the Pearl Harbor Attack (in 1941), but stock markets were very different then, so the comparisons are probably not too informative.

Nevertheless, Ned Davis Research examined what it deemed the 28 worst political or economic crises over the six decades before the September 11th attacks in 2001 and found that:

So, What Should Investors Do?

Rule #1: Consider talking to a financial professional before you do anything.

The opinions voiced in this material are for general information only and are not intended to provide specific advice or recommendations for any individual security. To determine which investment(s) may be appropriate for you, consult your financial professional prior to investing.

Past performance is no guarantee of future results.

The Standard & Poor’s 500 Index is a capitalization-weighted index of 500 stocks designed to measure performance of the broad domestic economy through changes in the aggregate market value of 500 stocks representing all major industries.

Dow Jones Industrial Average (DJIA), or DOW, is the most widely used indicator of the overall condition of the stock market, a price-weighted average of 30 actively traded blue chip stocks, primarily industrials.

All information is believed to be from reliable sources; however LPL Financial makes no representation as to its completeness or accuracy.

This article was prepared by FMeX.